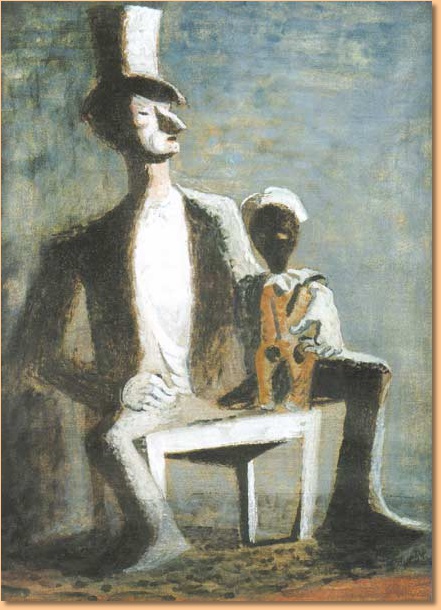 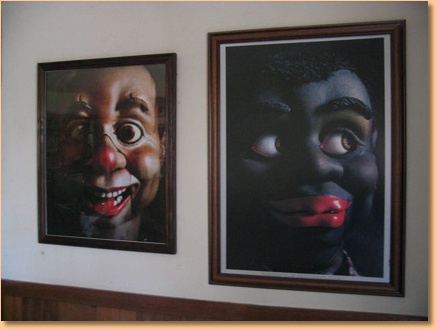 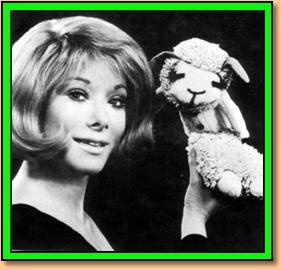 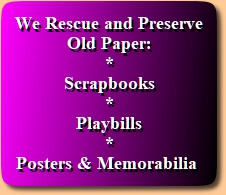 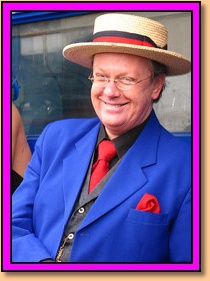 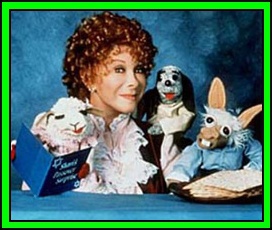 Welcome to the
Ventriloquism History Portal

This page is here to help you build a ventriloquism history library of your own and to assist with research.

The Greeks called this gastromancy and it was often closely aligned with aspects of necromancy in that it was used to make it seem that the spirits of the dead had returned to pass on information retrieved from beyond the grave. In the Middle Ages it was thought to be similar to witchcraft. As spiritualism led to stage magic and escapology, so ventriloquism became more of a performance art as, starting around the 16th century, it shed its mystical trappings.

The most familiar type of ventriloquist seen today is a nightclub performer sitting on a stool with a wooden dummy on his or her lap. This comedic style of ventriloquism is, however, a fairly recent innovation, which began in the days of vaudeville in the late 19th century. The vaudeville acts did not concentrate on humor as much as on demonstrating the ventriloquist's ability to deceive the audience and his skill in switching voices. For this reason, many of the performers used multiple figures, switching quickly from one voice to another. Jules Vernon was one of the more famous American vaudeville ventriloquists who used multiple figures. Englishman Fred Russell pioneered the use of a single figure with his dummy Coster Joe. Perhaps the most famous vaudeville ventriloquist, however, The Great Lester, used only one figure, Frank Byron Jr., and it is The Great Lester's success which paved the way for the ventriloquist-with-one-figure routine which is so ubiquitous today.


Ventriloquism was immensely popular in the middle of the 20th century, thanks in great part to the work of one of the Great Lester's students, Edgar Bergen. Bergen popularized the idea of the comedic ventriloquist. Bergen, together with his favorite figure, Charlie McCarthy, hosted two radio programs that were broadcast from 1937 to 1956. The original broadcast was the #1 program on the night it aired. Bergen continued performing until his death in 1979, and his popularity inspired many other famous ventriloquists who followed him, including Paul Winchell, Jimmy Nelson, and Senor Wences. Ventriloquism's popularity waned for a while, due likely to modern media's electronic ability to convey the illusion of voice, the natural special effect that is the heart of ventriloquism. A number of modern ventriloquists have developed a following as the public taste for live comedy grows.

Louis Albert Russo made his first network appearance in 1949. Billed as The One Man Twosome, Louis Russo (aka Russ Lewis) employed as his primary figure character Brooklyn Birch. His career saw him through burlesque, circus, and night clubs, as well as vaudeville at Radio City Music Hall in New York City. There followed the Steve Allen Show, Ed Sullivan Show, The Hollywood Palace, The Dean Martin Show, Rowan and Martin, and Mike Douglas and Joey Bishop talk shows. In total, the ventriloquist logged over 30 national TV guest appearances. He starred in Las Vegas' major showrooms and on world tours with numerous legends of the entertainment world including Liberace, Jayne Mansfield, and Alan King, as well as on USO shows in Vietnam and distant Strategic Air Command bases. The actor ventriloquist was a member of the first USO troupe to cross the Arctic Circle to entertain American troops and the first to be invited to perform for a U.S. President, Jimmy Carter. Russo Louis continued to perform into the early 21st century.

Ramdas Padhye, ventriloquist , puppeteer and puppet maker from India, has been performing for over 40 years, and is famous all over India with his dummy Ardhavatrao and his other puppet Bunny. Satyajit Padhye, son of Ramdas and a veterinarian, is a 3rd generation ventriloquist and puppeteer who has actively performed since 1980. With his vent partner Johnny, he had staged more than a thousand shows by the year 1990 all over India; therafter, although he is still performing, he is more or less a quasi professional because of his professional commitments. Together with many other disciples, he learned this ventriloquism from Prof. M. M. Roy, who is one of the oldest professional ventriloquists in India, responsible for making this art popular among the masses in India. David Strassman performs his ventriloquism in theaters throughout the British Comonwealth and uses robotics to augment his characters' movements, expanding upon an idea originated in the early 1950's by New York ventriloquist Stanley Burns.

From 1971 to 1978, Jay Johnson co-starred on the sitcom Soap with his dummy Bob. He is currently appearing both on and off Broadway with his one man (but many-dummy) show entitled "The Two and Only." Ronn Lucas and his figure Scorch "burn up" the Las Vegas showrooms.

Terry Fator, the 2007 winner of the NBC reality show America's Got Talent (Season Two), is known for impersonating famous singers through his puppets. He has repeatedly expressed that one of his goals is to bring ventriloquism back into the popular culture as a valid art form.

Jeff Dunham is a modern ventriloquist with several puppets: Peanut, Walter, Jose Jalapeno, Sweet Daddy Dee, Bubba J, and recently Melvin the Super Hero Guy and Achmed the Dead Terrorist . His constant self mockery and the diversity of the puppets has led him to winning Funniest Male Stand-Up Comic at the American Comedy Awards twice, an honor shared with the likes of Jerry Seinfeld, Jeff Foxworthy, and Robin Williams. Additionally, viewers voted Dunham to third place (for a second time in two years!) in Comedy Central's Standup Showdown, which he finally won in January 2008. Jeff tours the comedy circuit and has appeared on many television shows, including his own Comedy Central special, which was made into a double-platinum DVD entitled Arguing with Myself . Other DVD's include Spark of Insanity and Jeff Dunham's Very Special Christmas Special

Many ventriloquists attend conferences such as the Vent Haven ConVENTion and I-Fest to hone their skills and to connect with others in their performing community. These gatherings offer performances, competitions, panel discussions, and workshops for beginners and professionals alike.

The article above has been edited and adapted by the House of Deception from Wikipedia Encyclopedia and may be read in its original, uncredited form at Wikipedia.org.

On this page you fill find:

.: a bibliography of books on the history of ventriloquism.

.: ventriloquism photos from the Golden Age of Show Business.

.: a list of movies and TV shows with ventriloquism themes.

.: a list of novels and short stories with ventriloquism themes (coming soon).

.: an article on the history of ventriloquism.

.: paintings and other works of art with ventriloquism themes.

"The World's Only Museum Dedicated to Ventriloquism"


Romanticism on the Net

Article by John A. Hodgson (Princeton University)-
An Other Voice: Ventriloquism in the Romantic Period

Ventriloquism for Dummies, or Knock on Wood: An Insider's View of Belly Speaking

1938: The Goldwyn Follies - Musical, with Edgar Bergen and Charlie McCarthy

1938: Letter of Introduction - Comedy/drama with Bergen, McCarthy and Snerd

1954: Knock on Wood - Comedy; Danny Kaye stars as a ventriloquist

1990: Tales from the Crypt (The Ventriloquist's Dummy)

Shari Lewis (January 17, 1933 - August 2, 1998) was an American ventriloquist, puppeteer, and children's television show host, most popular during the 1960s and 1990s. She is best known as the original puppeteer of Lamb Chop, first appearing on Hi Mom, a local morning show that aired on WNBC in New York.

Born as Sonia Phyllis Hurwitz to Abraham Hurwitz, an education professor at Yeshiva University, and Ann Ritz. She had one sister. Her parents encouraged her to perform, and by age 13 her father taught her to perform specialized magic acts. She also received instruction in acrobatics, juggling, ice skating, baton twirling, piano and violin. She was taught ventriloquism by John W. Cooper. Lewis continued piano and violin at New York's High School of Music and Art, dance at the American School of Ballet, and acting with Sanford Meisner of the Neighborhood Playhouse. She attended Barnard College for one year, then left college to go into show business.

In 1952, Lewis and her puppetry won first prize on Arthur Godfrey's Talent Scouts television show. In March 1956, Shari and Lamb Chop were on Captain Kangaroo and later that year she had her own show, Shariland, on local TV (first WPIX, later WRCA), which ran through 1958. She graduated to network television in 1960 as host and puppeteer of The Shari Lewis Show, televised in color on NBC, taking the Saturday morning slot vacated by Howdy Doody.

The program, which ran from October 1, 1960 to September 28, 1963, featured such characters as Hush Puppy, Charlie Horse, Lamb Chop, and Wing Ding, a black crow.

In 1992, her new Emmy-winning show Lamb Chop's Play-Along began a five year run on PBS. Lewis starred in another hit PBS series, The Charlie Horse Music Pizza, which was one of her last projects before her death. The video Lamb Chop's Special Chanukah was released in 1996 and received the Parents' Choice award of the year.

Lewis's daughter, Mallory Tarcher, wrote for the shows Lamb Chop's Play-Along and The Charlie Horse Music Pizza. She legally changed her name to Mallory Lewis, and in 2000 she resumed her mother's work with the Lamb Chop character.